K'elds are Drakel cities. They are covered in huge domes and almost always do not allow humans to enter (though some exceptions exist; for example, K'eld Naer allowed the Chosen, a human, to enter during the Devourer Saga and aid with the Civil War.)

"Home" of the bad events that happened in The Devourer Saga. It is one of the most advanced K'elds. Here is were Von Drake tried to built an ultimate weapon, and when the Drakels wanted to join the Devourer.

K'eld Ner is an older sister of K'eld Naer from the Continent of Deren. It was the base for gathering the creation orb.

K'eld Valkan is in space orbiting around Lore. The WarpForce use's it as a base of operations. It is ruled by Queen Pra'Mithia.

This article is a stub. You can help AdventureQuest Wiki by expanding it. 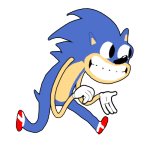 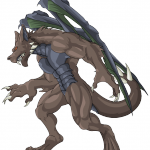